Here at Meldrum we were absolutely delighted to present a cheque for a whopping £17,000 to Heel & Toe Charity earlier this week. The money was raised by ticket sales and fundraising at Meldrum’s ‘Demolition Ball’. Heel & Toe is a north-east based charity that provides therapy and care for children with Cerebral Palsy and other physical disabilities. The charity was founded by Paul Bannister in 2008 after struggling for a long time to get suitable and beneficial care for his daughter with Cerebral Palsy. Paul decided early in the charity’s journey that “no child should be denied therapy due to a lack of money.” That’s been their philosophy ever since; and we wanted to do something to support this fantastic cause.

From small beginnings a decade ago, Heel & Toe have gone from strength to strength; requiring bigger and better facilities to support the ever-growing number of children and families using the centre. Their latest project is the transformation of an old council building into a brand-new state of the art therapy centre in Perkinsville, Co. Durham. This new centre will be complete with hydrotherapy pool and a rebound therapy trampoline. We are thrilled to be able to donate the £17,000 from the ball and have Heel & Toe as our chosen charity to help them on their way to the £220,000 goal.

Meldrum host an annual charity Demolition Ball, and November 2017 saw in the 7th event but the first one organised under the new ‘Meldrum Foundation’ brand. It was a fabulous black-tie event held in the Biscuit Factory in Newcastle – and comprised of a Champagne reception and 3 course meal for the 230 guests, as well as a band and many fundraising activities such as a raffle, an auction and various interactive games.

To present the cheque Michelle from our office met with Amanda Tweedy from Heel & Toe and was able to look around their facility and meet some of the carers, children and families. Michelle said “I had the honour of meeting Tara and her Mam. Tara was in the middle of a class which was lovely to watch. Amanda showed me round their facilities; which is quite a small building but they have made great use of the space with various different therapy and sensory rooms.”

Amanda and everyone at Heel & Toe were absolutely over the moon with the donation and are so excited at how much it is going to help with their refurbishment project. Amanda said “We were delighted to be appointed as Meldrum’s chosen charity last year and to benefit from the proceeds of their Demolition Ball in 2017. It was a fantastic night and raised a staggering £17,000; a huge amount from just one event. The money raised will go towards our Footprints Appeal, to renovate our second building in Chester le Street. Having a second Therapy Centre will enable us to help more disabled children across the North East and also increase our range of services, to include hydrotherapy and intensive physiotherapy sessions. Our aim is to open in October this year, to mark our 10th anniversary and thanks to Michelle, Dave and their guests, we are now that bit closer to our target. We are also really grateful to have Meldrum’s continued support this year and are looking forward to the next Demolition Ball.” 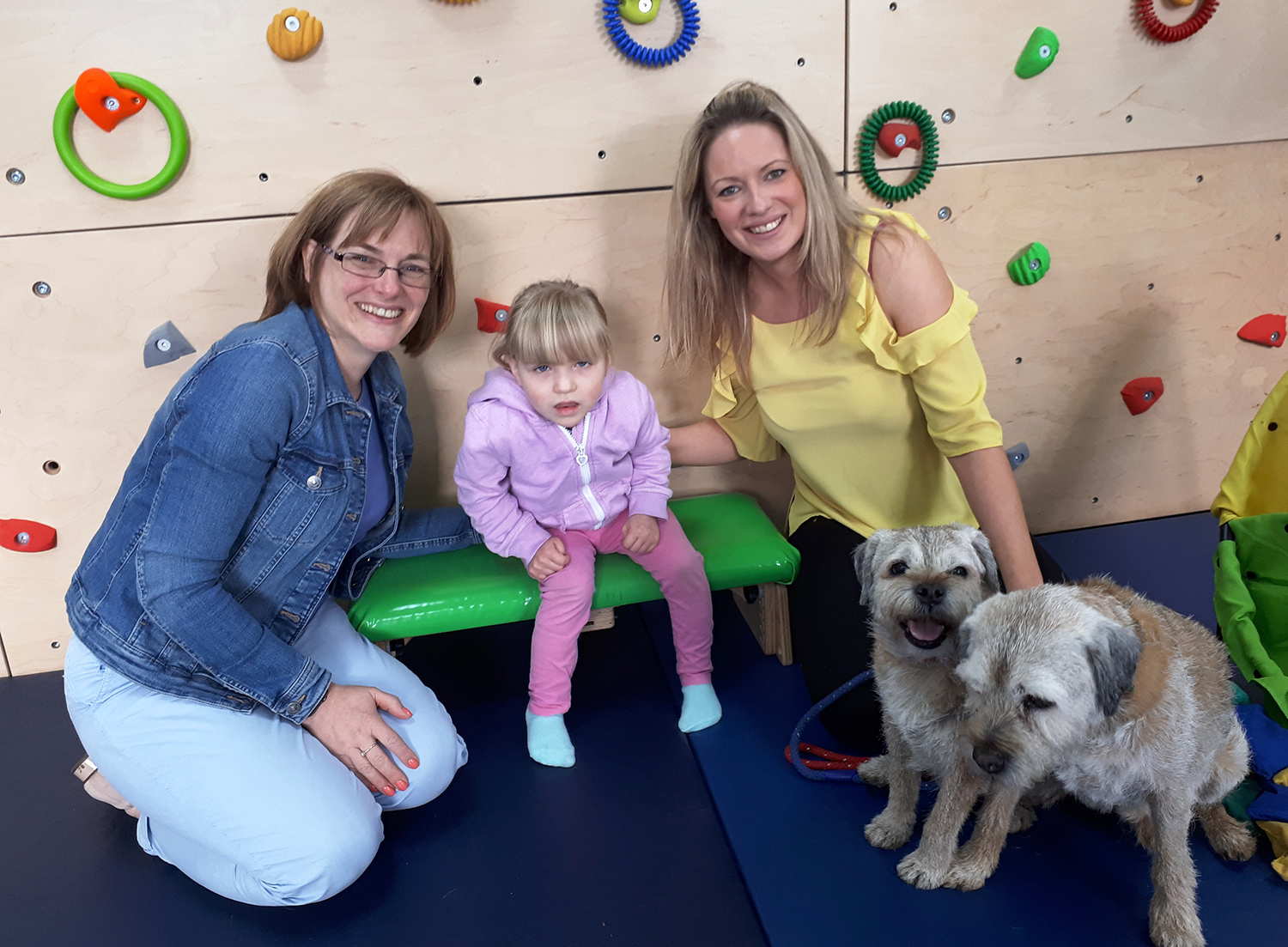 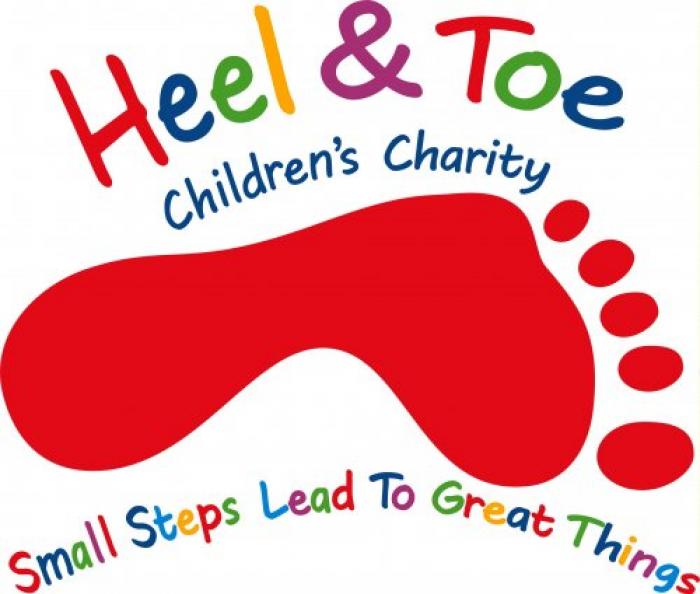 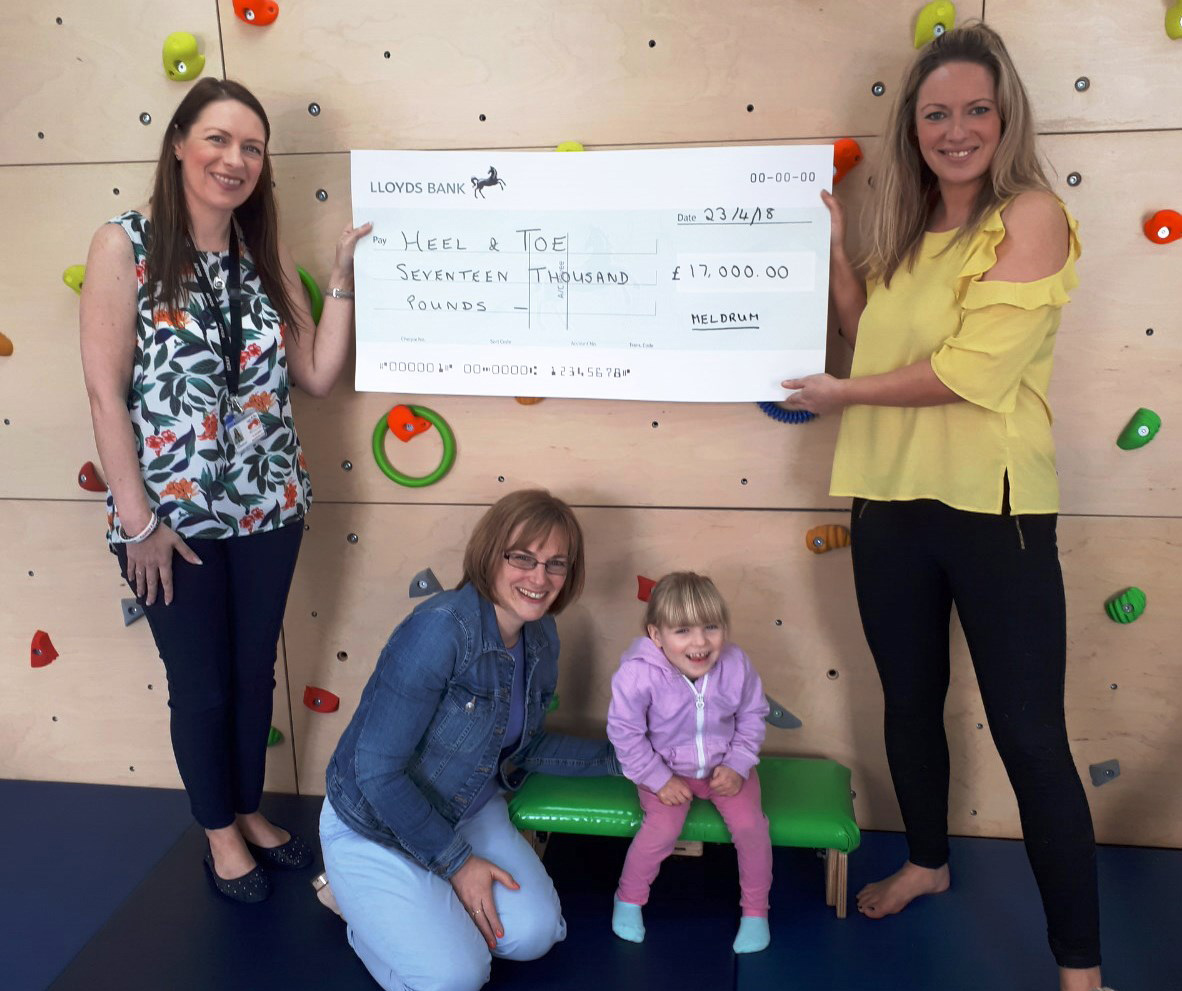