The project consisted of the construction of two new buildings with all associated drainage and infrastructure at Thinford Business Park. The Burger King was a prefabricated modular unit whilst the other building consisted of a steel frame structure only.

Following extensive earthworks and ground testing, the roads and car parks were all installed to an adoptable standard in line with the Department of Transport`s Specification of Highway Works. The roads were surfaced with tarmac whereas the car parks we generally surfaced with permeable block paving. Traditional Pre cast concrete kerbs were installed throughout.

Further to the installation of the access road around the Burger King unit, a two-lane carriageway was installed to allow further development plots to be serviced from this main road infrastructure. A new junction was installed under a 278 agreement and strict traffic management procedures were in place.

Due to road layout changes, new tactile paved crossing points were introduced to the existing footpaths.

Traffic management was also required as road layouts were altered on the live private carriageways. The new scheme allowed traffic to be re-routed to avoid congestion around the new amenities and build ups in rush hour.

New foul water and surface water drainage systems were introduced throughout the project. This included connection to the NWL sewerage networks via a new manholes constructed on top of the existing live sewers in the middle of the existing access road. Further elements of traffic management were required to ensure no congestion and down turn within local businesses.

As part of the SUDS strategy of the project, a large Pluvial Cube attenuation tank (1,650m3) was installed along with permeable block paving to the car parking areas. This was designed to take all of the storm drainage from the existing and future projects in the area inclusive of the surface water run-off from the permeable paving and tarmac. The strategy also included the installation of petrol interceptors and flow control valves within the drainage.

This public areas around the buildings were surfaced with traditional textured paving and included the installation of new seating areas, tree pits, street furniture, lighting and signage and illuminated.

Statutory services including water, gas and electric were brought on to site via open trenches and a new street lighting scheme was installed throughout the development. A large amounts of utilities pipework was installed under existing public highways and footpaths, Works also included the lowering and protection of an existing high pressure rising main, all works were carried out and approved in line with Northumbrian Water specifications.

Significant areas were then graded off and top soiled to allow for future tree planting and soft landscaping to be installed. 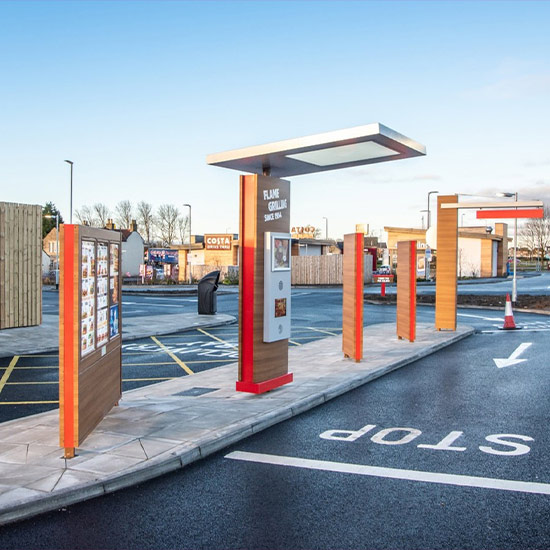 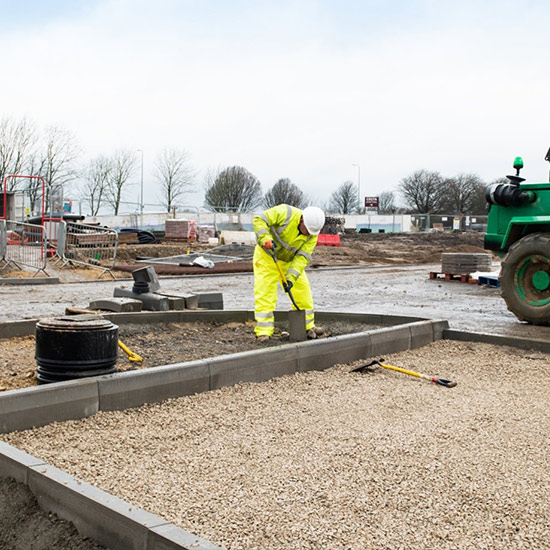 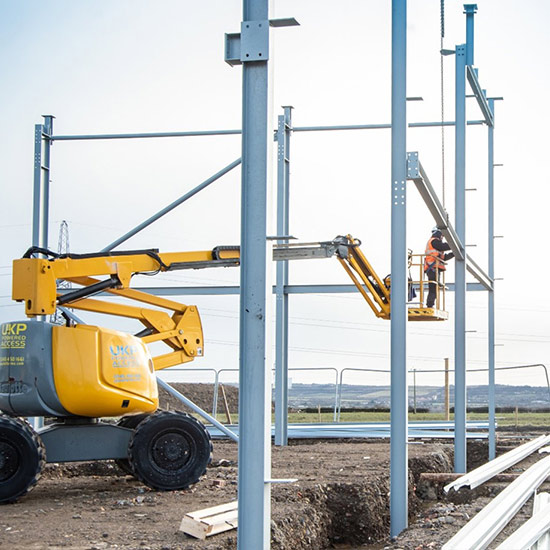